Geoffrey Jacob Deuel is the younger brother of Peter Deuel/Pete Duel, and the older brother of his sister, singer Pamela. All three children are the offspring of Dr. Elsworth Shault Deuel and Lillian Marcella Ellstrom.

Born on January 17, 1943, in Lockport, New York, and raised in nearby Penfield, Geoffrey was three years younger than his actor-brother Peter, and eventually followed Peter to Hollywood in the early 1960s to pursue an acting career of his own.

Geoffrey’s long list of acting credits in both film and television spans more than 35 years, beginning in 1966 in a role as an airline pilot in the TV series 12 O’Clock High. A few of Geoffrey’s other television appearances include guest roles in such classic and iconic 1960s series as The Monkees, Bonanza, The Flying Nun, Adam-12, Mod Squad, and The F.B.I., in which he appeared in multiple episodes. 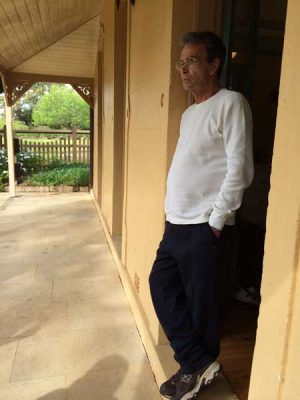 After his brother’s tragic death in 1971, Geoffrey continued to score work in many popular small screen 1970s series including Mission: Impossible, The Young and the Restless, Cannon, The Streets of San Francisco, Ironside, Marcus Welby, M.D., Barnaby Jones, and Mannix.

In addition to his television work, Geoffrey has appeared in six feature films, most notably opposite John Wayne in the 1970 movie, Chisum, in which he portrayed legendary outlaw Billy The Kid. His most recent big screen role was in the 2001 baseball comedy, 108 Stitches.

Geoffrey graduated from Penfield High School, in Penfield, New York, in 1960, and attended Ithica College and Syracuse University before moving to Hollywood to pursue his acting career, having directed a play while he was in high school. Throughout his school years, he was the recipient of awards, including the ”Good Citizenship Award,” and served on a number of school positions. An Honor Roll student throughout both his primary and secondary schools, he was also President of his Freshman Class in High School. He was a member of the school’s Varsity Soccer, Baseball, and Wrestling teams, as well as the National Honor Society.

In addition to his schooling, Geoffrey served in the United States Army for six months, during which time he received Honors recognition for superior academic achievement. For more than a decade, Geoffrey was also a teacher, specializing in theater, but he also taught math, science, and social studies.

Geoffrey’s interests and talents include writing, music, the art of language, travel, international history and geography, the environment, and a wide variety of sports. He’s also extremely interested in U.S. politics and regrets not having gone to law school as his father had hoped he would. He has a markedly high intelligence.

Geoffrey currently lives in Florida with his wife, Jacqueline, and their beloved dog, Lilly.